Having won their first three games of the season and a week off due to last week’s match being postponed, the ladies travelled to face Redditch Borough Ladies on Sunday. 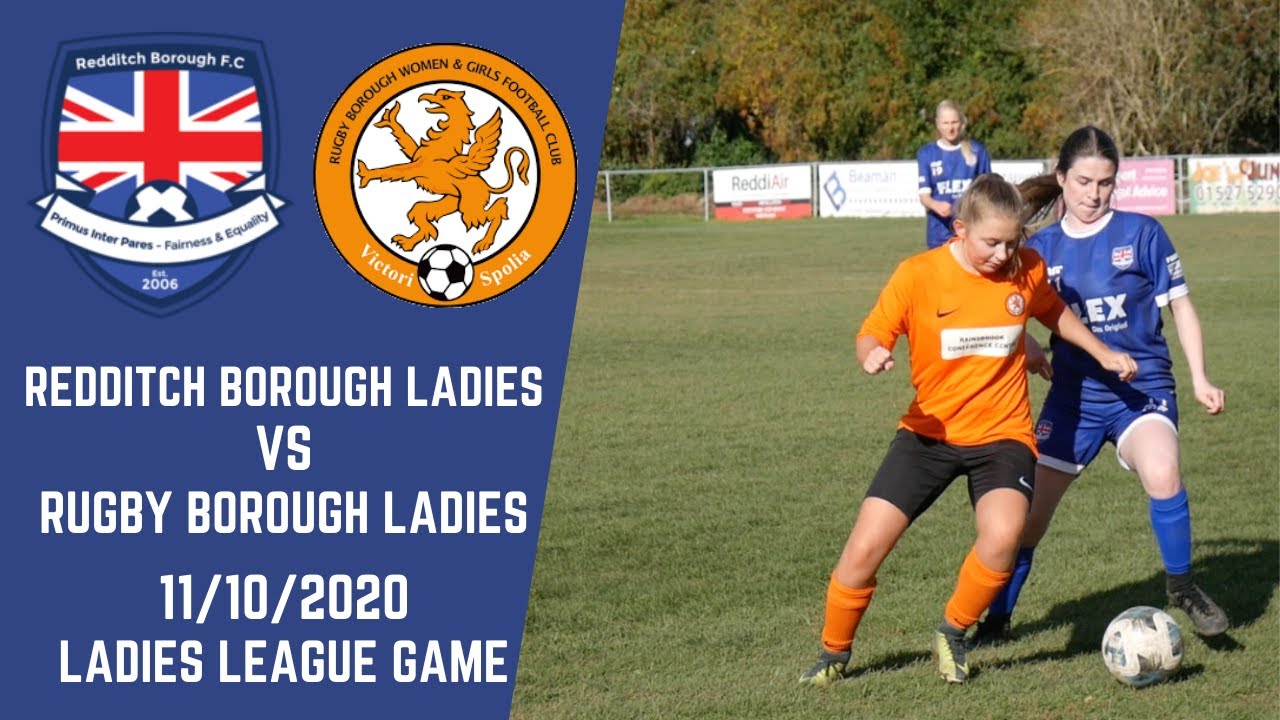 After a weeks worth of rain, the pitch at Redditch was very wet and not very level. The game started with Redditch having the majority of the possession but Rugby Borough had some clear chances, as Sarah came close to scoring. However, the play from the team was really sloppy and nothing was going their way.

Redditch hit the crossbar after a mistake at a corner. Rugby then had the ball in the back of the net by a shot from Nat, which was frustratingly given as offside by their linesman. This was shortly followed by Bailey having a shot from the edge of the box, which was saved well by the Redditch keeper.

Rugby continued with sloppy play and were unable to keep hold of the ball for long, but for a second time Rugby managed to get the ball in the back of the net when Maxwell took a shot from the edge of the box. With no luck on their side, the goal was again ruled out for being offside. Redditch then quickly played up the other end of the park to score a goal, which was clearly offside and although the linesman and the ref weren’t aligned, Redditch were granted the goal.

The second half got underway and Rugby still didn’t find their feet in the game, but with a strong defence, Tammi, Sam, Clarkey and Lexi kept everything away really well. Redditch continued to press then the ball was cleared out of the Rugby defence and straight to a Redditch player who hit it well first time and finished it in the top corner, making it 2-0 to Redditch. At this point Rugby’s heads started to go, especially after every attack they had was ruled for offside. A corner by Redditch lead to their third goal after a push on a Rugby player.

Rugby then started playing better in the last 15 minutes of the game with the passing getting a bit sharper.  However by the full-time whistle, Rugby were unable to get a shot away without it being offside.

Well done to Chloe and Tammi making their debuts for the club and congratulations to Tammi for getting player of the match.

A better performance is needed for next week, following Rugby’s first defeat.