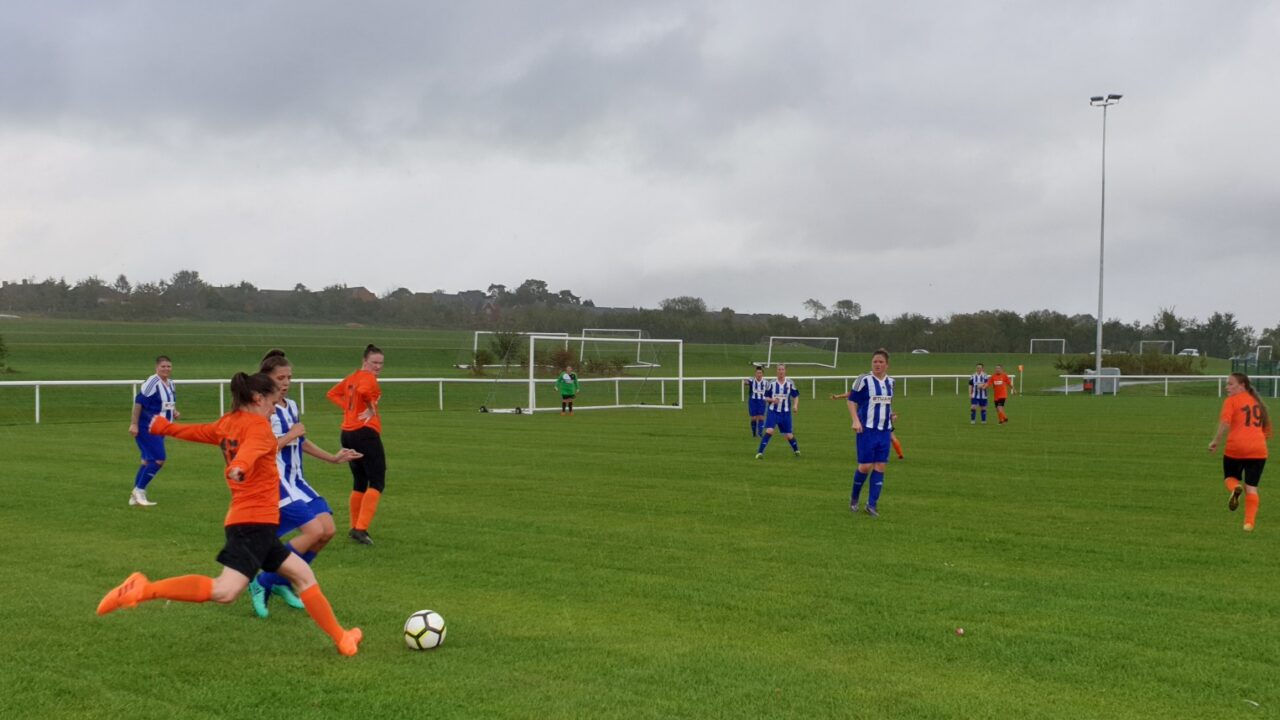 Back to Kilsby Lane for Borough Women this week on a truly awful day where we saw all 4 seasons in 90 mins. Another shake up for the starting line up due to players missing, other commitments and injuries hitting the first team so squad players drafted in to cover and lots playing out of position.

Borough started the game on fire with some great link up play between Leanne and Sarah coming off well and Sarah scoring two superb quick goals in succession to put rugby 2-0 up with 15 mins gone.

Rugby kept the ball well and passed it around nicely creating a few more chances which they should of took but the weather made it very difficult for all players. Nuneaton also had their chances which Borough’s defence stopped, Beth also made a couple of good saves. Nuneaton had a player sent to the sin bin which Borough should of capitalised on but struggled to get close after a Nuneaton re-shuffle.

With the second half under way, the rain came in heavier and sideways into Borough’s faces making it difficult for the players. Nuneaton started to create more chances by playing through balls in and catching the Rugby defence off guard scoring two quick goals to level the score.

Borough’s heads dropped after being 2-0 up for such a long period of the game but continued battling.   Rugby continued playing it around the back but this become more difficult due to the weather, losing control of the ball a couple of times and Nuneaton latched onto a loose pass and scored their third goal, taking the lead for the first time in the game.

Borough responded very quickly with a few slick passes and Chloe with skill on the edge of the box, hit the ball and scored in the top corner on her debut for the club making it 3-3 with 15 minutes remaining of the second half.

Borough started to find the going tough as players were getting very tired in the middle of the park, leaving some big gaps which saw Nuneaton use to their advantage and score their fourth goal.
A big hold up in play which saw Leanne injured in a coming together and clash of knees. Wishing Leanne a speedy recovery after a very lively home debut! Luckily not as serious as first thought phew!

More positives to take from the game, even in defeat but we keep working hard in training and keep learning. At times we were unstoppable on the break, plus with the fast passing play through the middle out to the wings and looked superb going forward. A little more commitment, grit and determination and we should be winning these games, rain or shine.