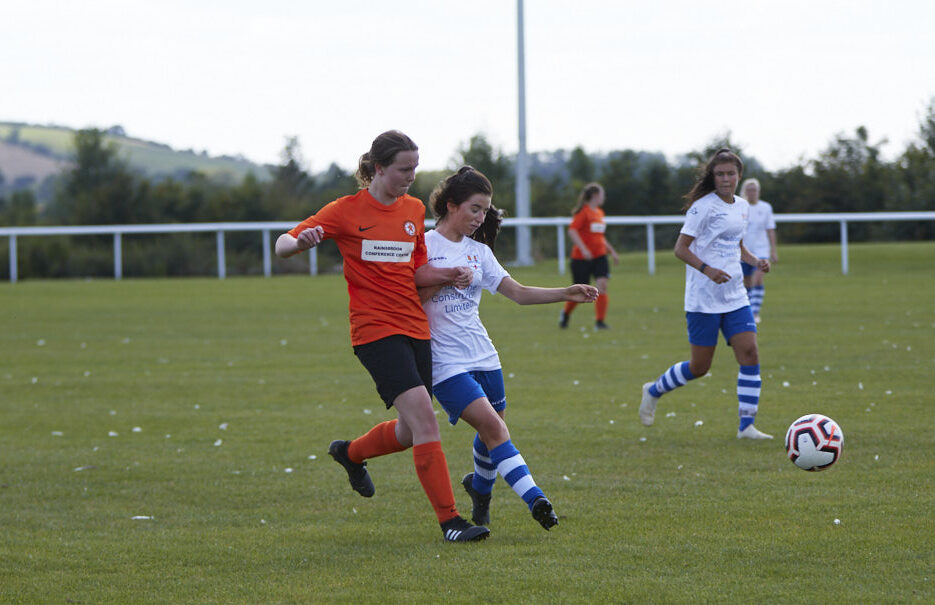 After a Summer of minor disruption at the club, holidays, players leaving and new players coming in, the Women have now had a month of good training sessions, settling back into training routines with some good fitness sessions too and generally welcoming and getting to know the new players.

The match kicked off and did not go without incident, after a very slow start from Borough Women they went 1-0 down from a shot from the edge of the box. Coleshill were on the front foot from the start and passing it around nicely. A few minutes later, they lost goalkeeper Beth Daly to a very questionable collision. This adding to an already depleted line-up of first teamer’s this weekend, no.2 keeper Meg Evans took over the gloves. They went 2-0 down just before half time from a corner that wasn’t dealt with properly. It was no surprise to anyone that the hosts went in 2 down at the break with Borough Women not testing the opposition keeper.

After a good half time chat from the coaches, Borough played better football with more confidence and better defending too. However, Coleshill were closing down quicker and won the ball back to score their 3rd and 4th in quick succession, Meg had no chance with either but did pull off some excellent saves throughout the match.

Borough initially regained a foothold in the tie, straight from the restart with some excellent build-up play by Katie and a superb through ball to Megan B, with still a bit of work to do to score her first goal and Borough Womens first goal of the season.

Lots of positives to take from the game though, we work harder at training and look forward to next weeks game v Birmingham Medsoc at home again KO 14:00