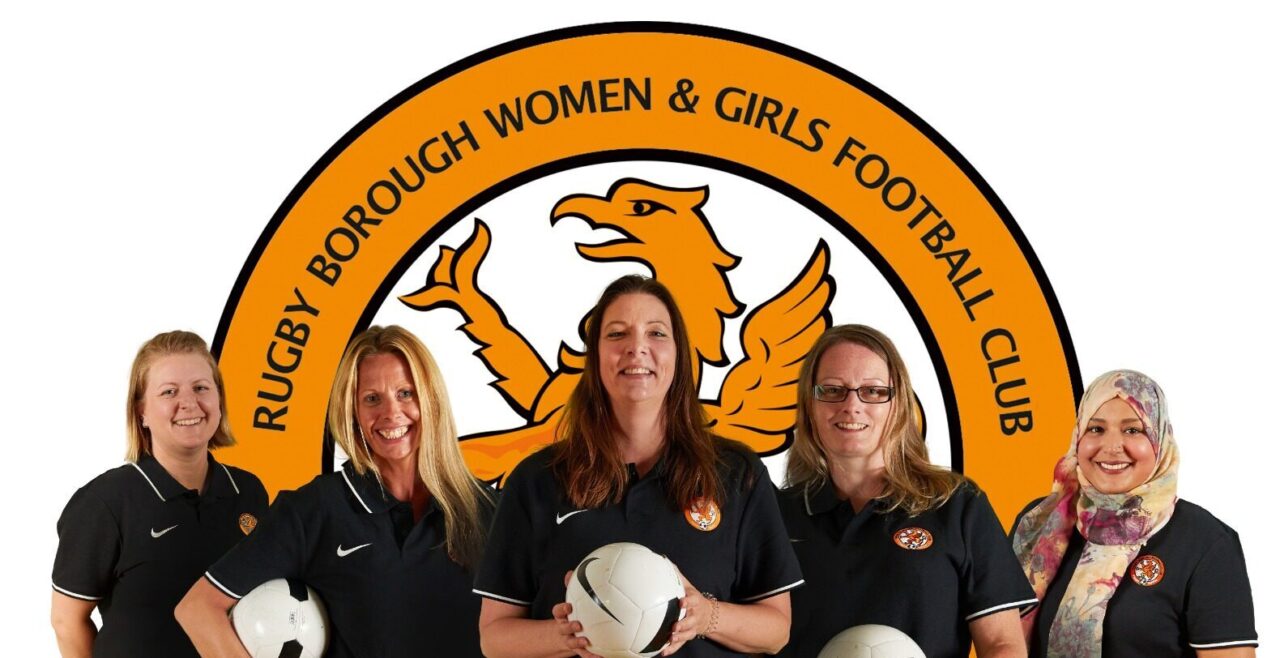 Rugby Borough FC have set up their own female section due to the huge demand for girls and women’s football in the area partly due to the success of England’s Lionesses and also all the hard work the club puts into ‘Football For All’.

Rugby Borough Women and Girls FC will be a totally unique female club, with a fully elected female leadership committee giving the new club a completely unique female voice for women’s football, to develop and grow the game from a female perspective.

‘We are excited to be creating this new club at the Borough home of Kilsby Lane where the already impressive £2m FA Charter Standard Community Club facility is being invested in further said the newly elected Chairwoman, Emma Bisset.

‘The talented Mums, coaches, young leaders who had daughters playing at the club, have stepped up to help create a new structure, meaning their girls can continue playing in familiar surroundings and not be concerned by anything outside of playing the game they love’

‘The committee of all females will truly bring a unique understanding and a female perspective on football. From Gina Fawcett (Vice Chair) whose daughter plays in the U14’s – Leicester cup and league winning team, Theresa Blandford (Secretary) who is an FA Level 1 coach, daughter in the U9’s and a 16 year old who will help set up and develop the ‘Young Leaders Youth Council’, Kelly Ray (Treasurer) and mother of an U12 player, Kashifa Hussain (Welfare Officer) who is also a mother to an U14 player and finally myself (Chair) an ex-player, qualified referee and mother of an U12’s player, we simply couldn’t have seen this club fold.

We are committed to growing and developing each and every women or girl through our door to reach their fullest football potential and with 5 new teams, including the women’s team in to the new fold.

Giving the continuing investment in women’s football we have the opportunity and ability to develop locally and will be investing in more training and coaching as well as adding new teams.

We are experiencing a high volume of interest with the Lionesses having a brilliant knock on effect as they continue to be successful in the Women’s World Cup and putting the women’s game on the world stage.

The new set up creates healthy competition in the town and we are confident we have elected the right committee of talented women to drive the club forward to a successful future.