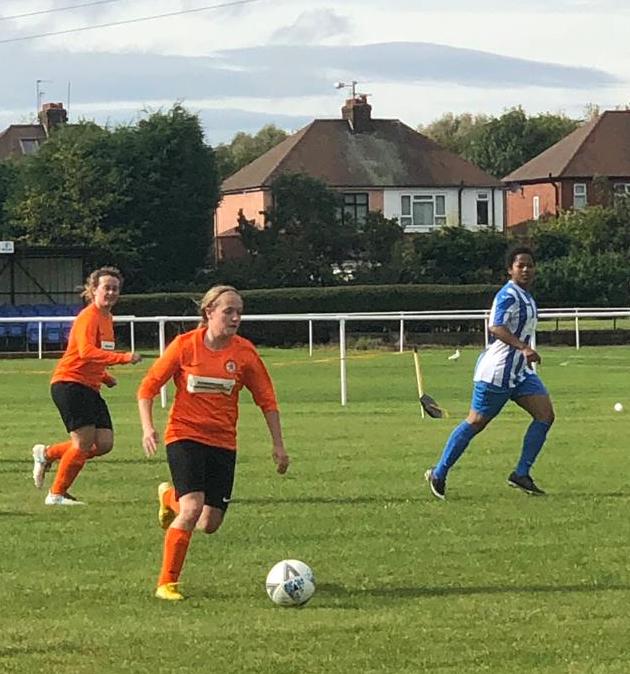 First away game of the season for Rugby Borough Women against a very strong Darlaston Town Ladies side and a welcome to Leanne on making her debut for the Borough. Darlaston as expected started on the front foot, with a few chances but kept being denied by the defence and some great saves from Beth.

Katie stole the ball off the Darlaston defence and took it around the keeper but hit her shot off target. Darlaston finally broke and scored a goal from a quick counter attack. Rugby were playing nice football but could not get past the solid Darlaston defence.

The second half started the same as the first, with Darlaston creating more and more chances. Finding the back of the net twice in the first 15 mins of the half. With Rugby’s heads going down a little, they looked to step up and created a few more chances of their own but were unlucky when attacking against the resolute Darlaston defence.

Darlaston broke again and scored their 4th goal. Rugby started to press higher up the pitch with Lorna having a shot from 30 yds and the Darlaston keeper made a superb save to deny Lorna her first goal for the club.

Within the last 10 minutes of the game a tired Rugby side conceded two quick goals to a still very strong and powerful Darlaston Town side who showed why they are sitting at the top of the division.

Rugby deserved a goal but always knew this one was going to be extremely tough but lots of positives to take from the game and the team left with their heads held high knowing they battled and kept trying right to the very end against a very experienced and strong opposition.