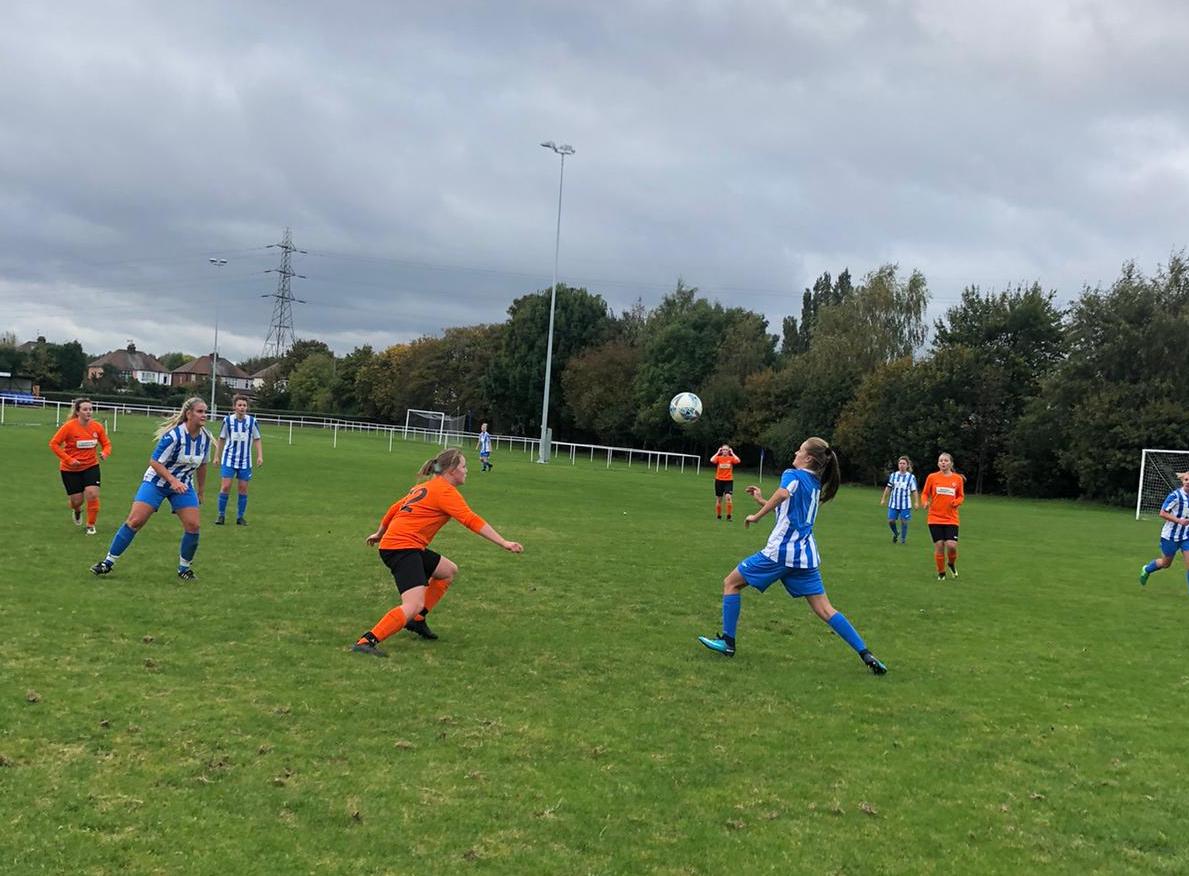 Rugby Borough Women made the journey over to Darlaston Town Ladies in the first round of the Birmingham Women’s County Cup. We knew this was going to be a really tough game having already played the runaway league leaders in a league game and losing 6-0.

Our first ever County Cup game for Rugby Borough Women kicked off and the first half of the game was all Darlaston with a few chances but for some cracking tackles from Em to prevent them from scoring.

Beth in goal was also outstanding making some great 1 on 1 saves and winning all of them in the first half. Rugby were very tight and were fairly comfortable with a few chances of their own but always ruled offside.

Darlaston were awarded a corner within the last couple of minutes of the first half and scored a lucky goal from it. 1-0 to the home team.

Darlaston started the second half really well with quick passing moves which spilt the Rugby midfield up and led to a few mistakes causing two very quick goals. 3-0 to Darlaston Town

Rugby’s defence were trying their hardest to contain the Darlaston attack and put in challenges when they could, but a few questionable tackles from Darlaston left the defence dented.

A lack of awareness from Rugby led to the 4th and 5th goals for Darlaston with a couple of through balls that opened up the defence making it 5-0. Rugby tired and heads dropped, we then had a free kick awarded which Nat took and it just drifted wide of the post.

Darlaston were then awarded a very soft penalty which was put high and wide of the post by the opposition striker. In the last 10 minutes Rugby tired further and knew they were beaten, a few injuries had also taken their toll which lead to 2 further scrappy goals but well taken from Darlaston.

We having nothing to be upset about, we were beaten by a team who play at a much higher level than ourselves and it’s where we aspire to be. We go back to training on Tuesday evening and work hard again.