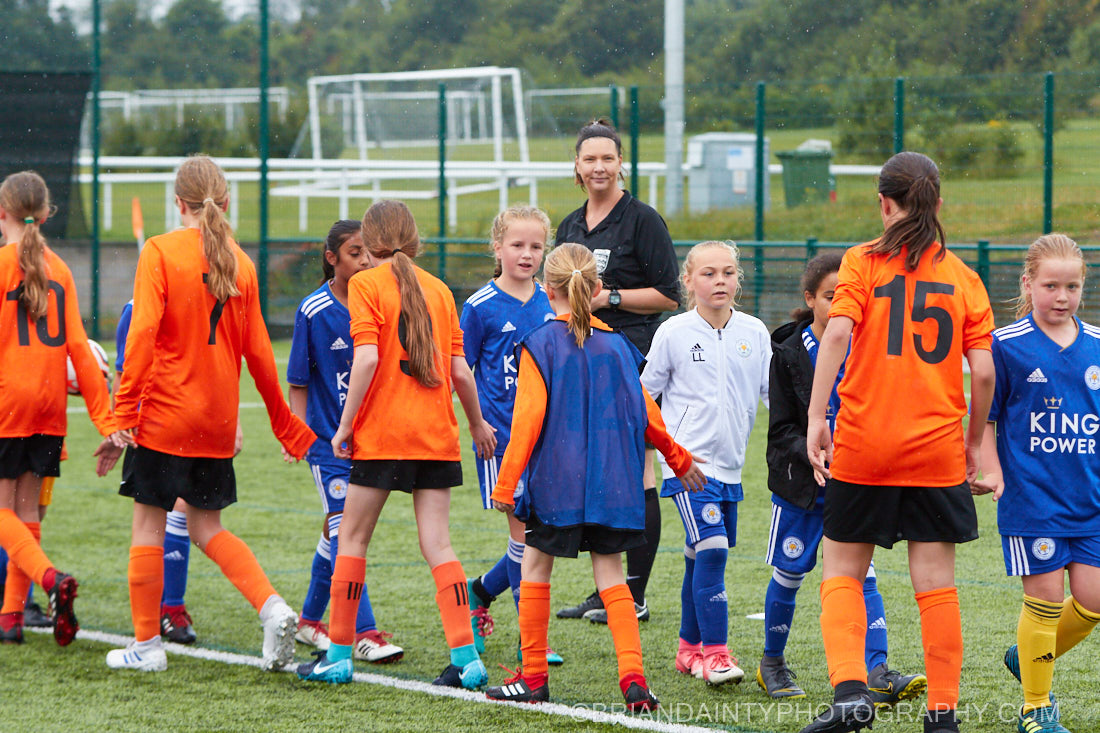 Lucie brought her super Leicester team and parents down to Kilsby Lane for a 10:30 KO on the 4g astro as our grass pitches have recently had drainage installed and been re-seeded.

The new stand got some use as the parents mingled to stay out of the rain as the 2 teams kicked off to a great display of girls football.

Borough had three new girls starting that have never played competitive league football before and were helped out by the ‘veteran’ team players. All of whom did very well considering they’d never played before as a team and should be proud of themselves and their performances.

Both teams showed some good skill & worked hard for each other with some great goals thrown in too, the Leicester girls showed lots of strength in-depth, some great teamwork and lots of individual skill from their superb players.

We know where we need to work in training leading up to the season kick off with some hard work coming in specific areas but its going to be a fun learning process over next few weeks.

Many thanks to the referee who officiated the game for free and to both sets of supporters who showed great respect to each other, the game was played in a competitive but lovely atmosphere and we wish Lucie and her team the best of luck for the season ahead, I doubt they’re going to need any luck at all, they’ll be just fine!