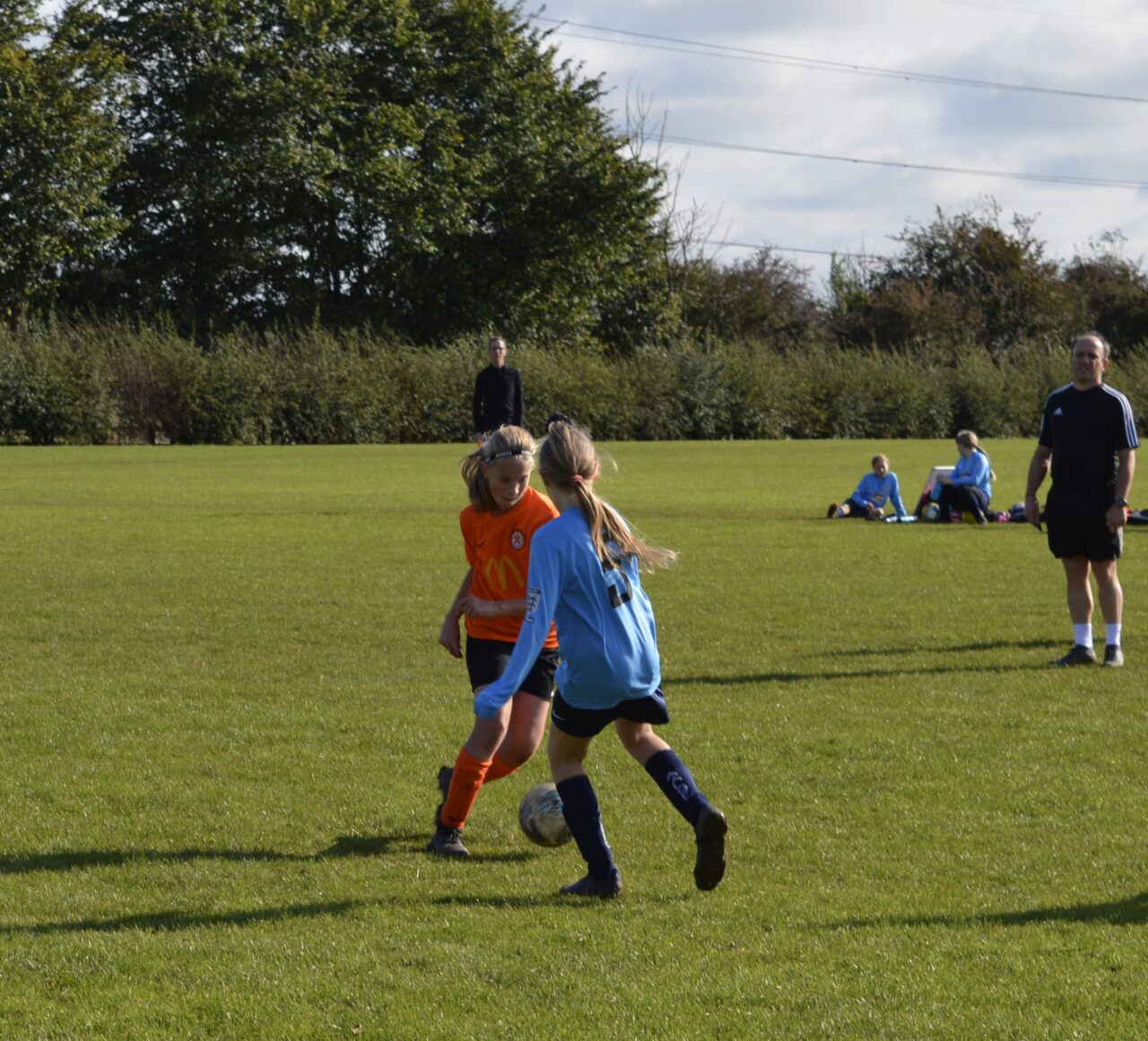 After a break from football with the Leicestershire school holidays last week, the U12s returned with an away trip to Asfordby Amateurs on Sunday in the very tough U12s Yellow League. The girls were keen to continue their recent good run of form and get back to playing football.

We had discussed in training playing in various positions and hoped to swap things around and try some girls in different positions for this game, looking at how they coped being out of their comfort zone and dealing with the added pressure of being in a new position, trying new skills and using what we are learning on the training ground and converting it into match situations. 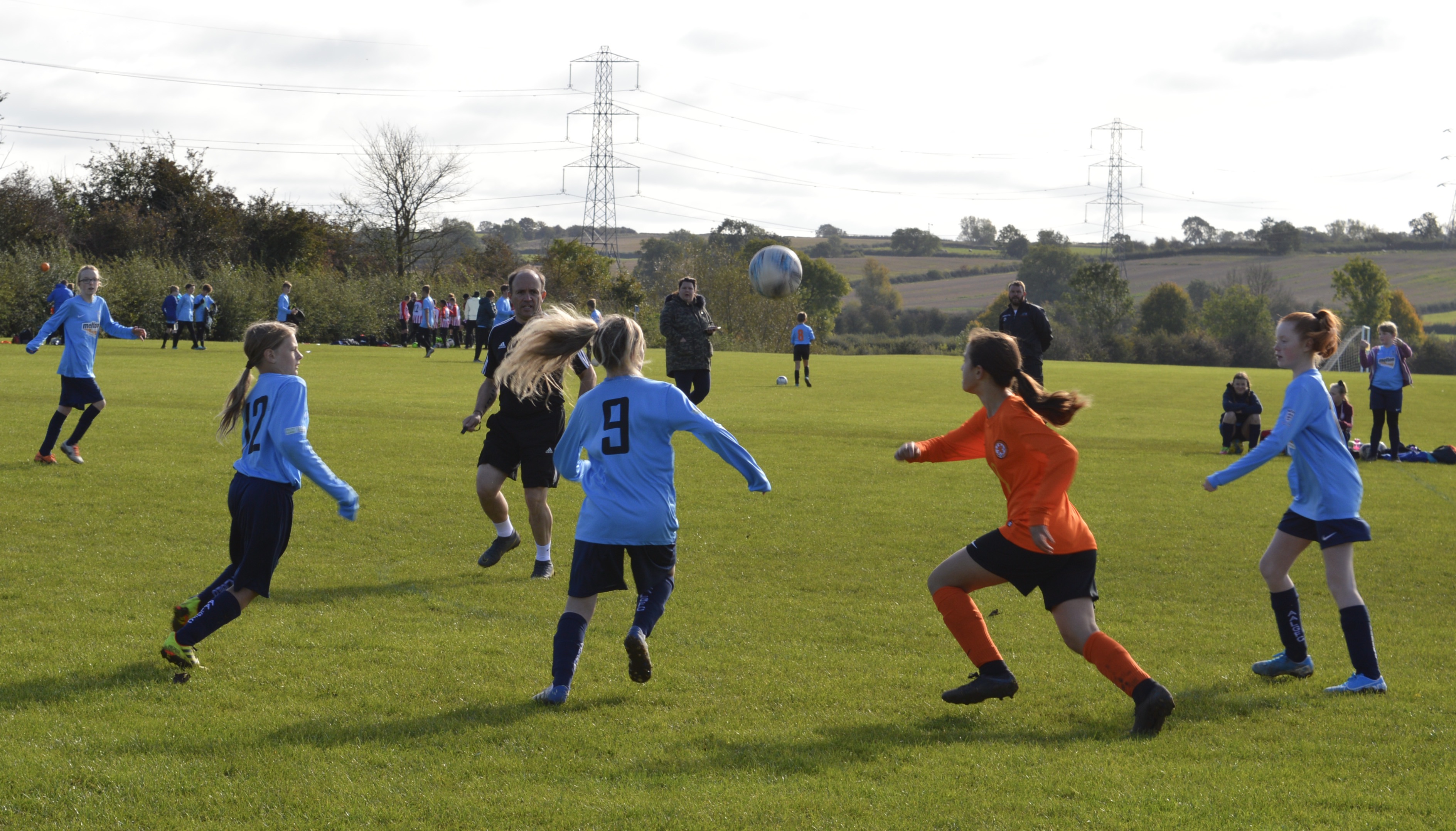 The game kicked off and Rugby settled in to playing the ball in Asfordby’s half, playing uphill against the breeze. Ella was working hard up front pressing the ball quickly, along with Holly on the left and Melissa on the right, operating a high press. 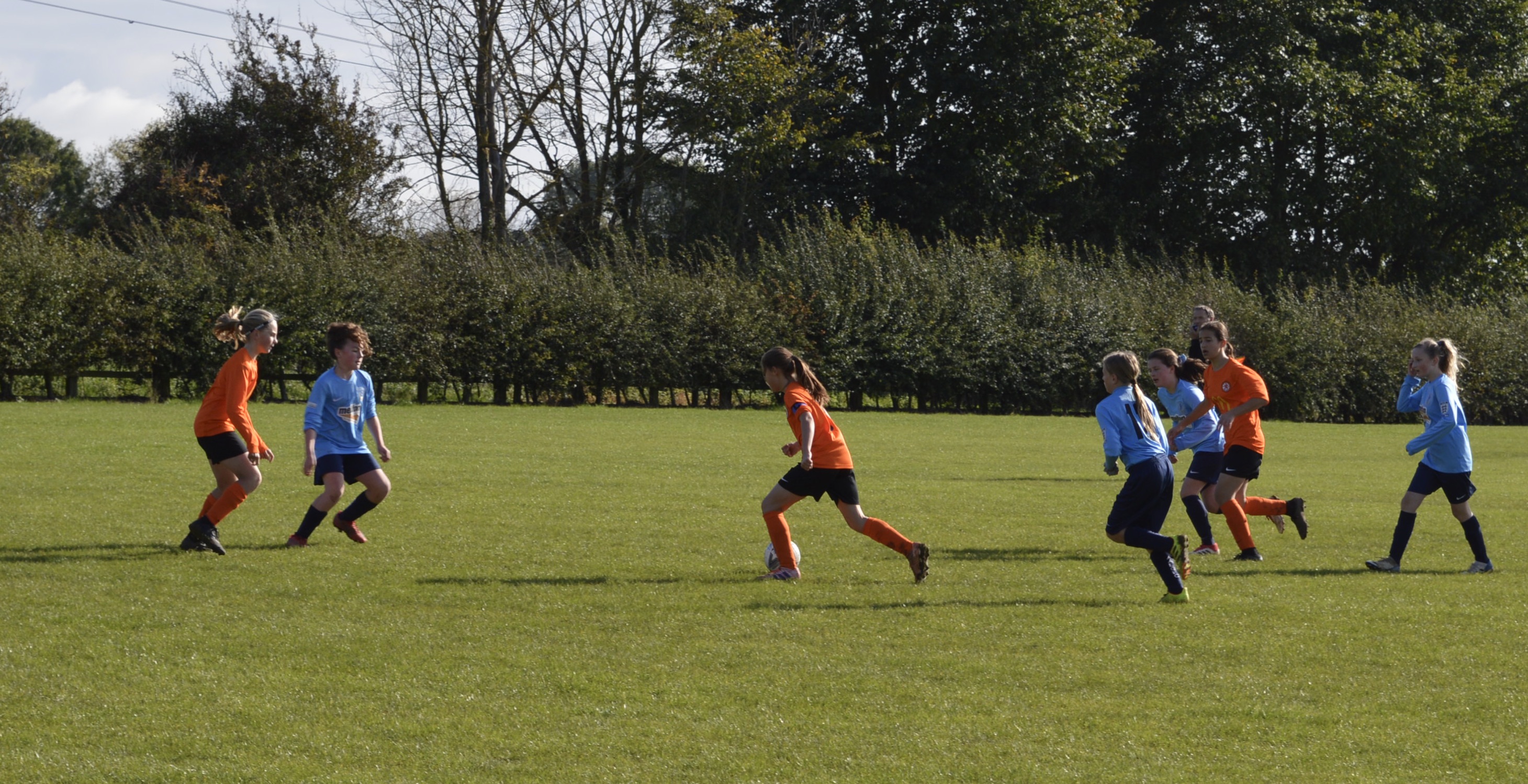 Asfordby found it difficult to get out of their own half with Marley and Maya blocking their way through the central midfield area. Asfordby barely broke through but on the very odd occasion they did or hit a long ball over the top. 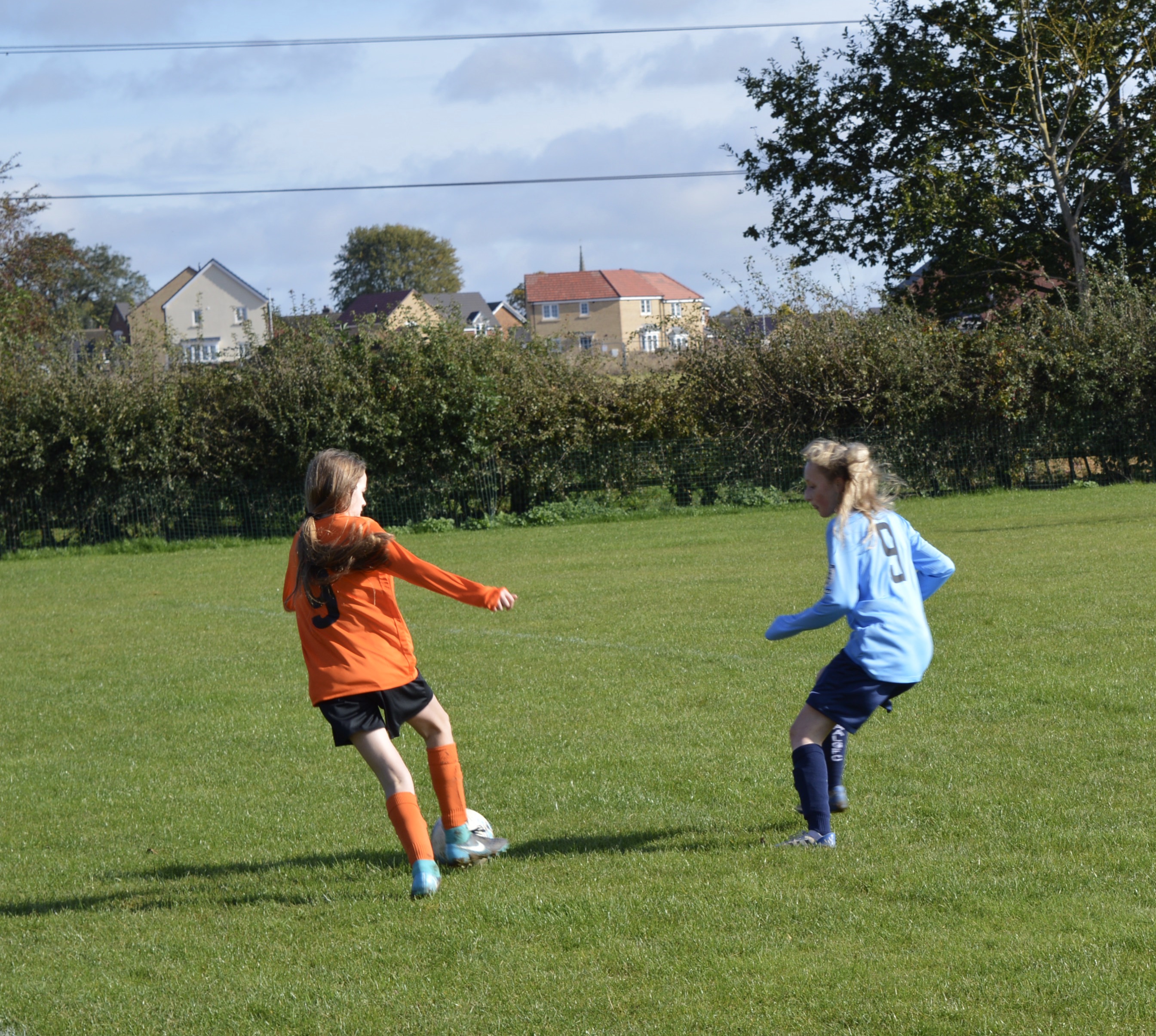 Jasmine as sweeper, Katie and Isabella in defence shut it down or Erin sprinted out to smother the ball before Asfordby got on the end of it. It was a very confident start but Rugby just couldn’t find the target with a clean strike.

With 2 subs available this week, Rugby made sure all the players were getting a chance to rest. Lila and Madi came on for Ella and Isabella who had worked tirelessly for the first 15 minutes closing everything down. 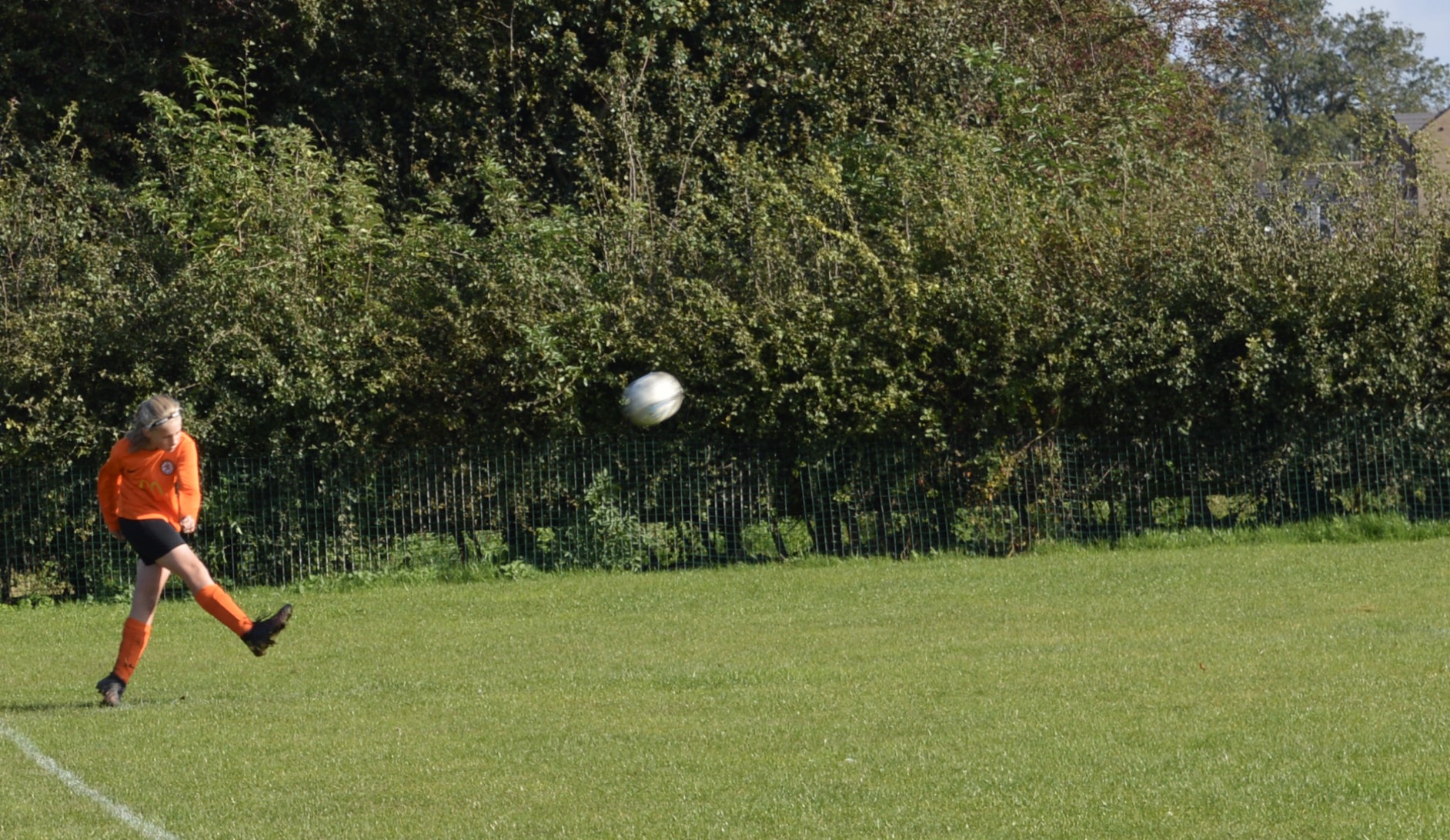 Rugby were awarded a corner, Lila took it and Maya got on the end of it to score her first Rugby goal with a strong header and what a great first goal to score for the club that broke the deadlock. 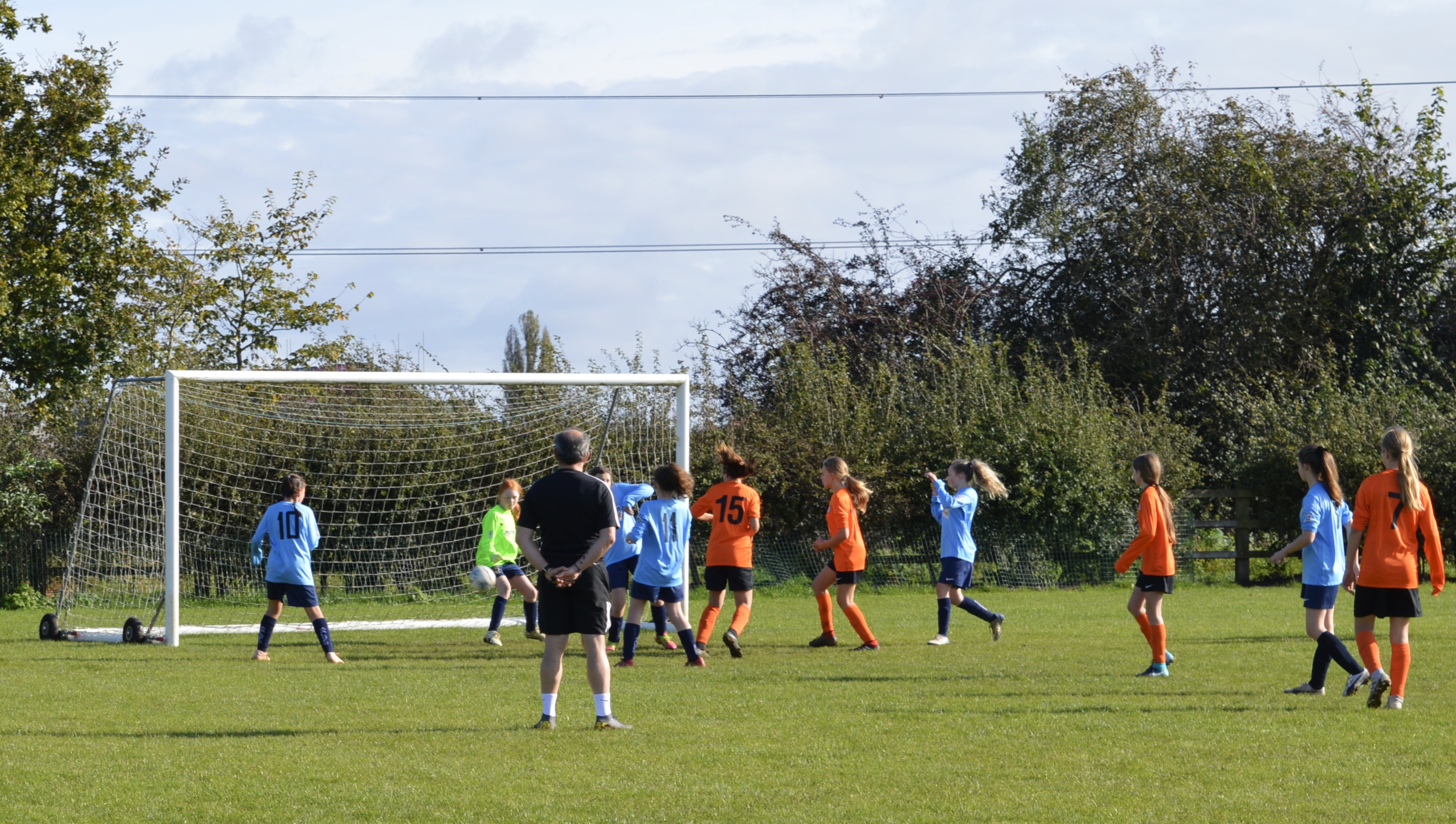 Within 5 minutes though, Asfordby were awarded a free kick 20yds out and was taken superbly giving Erin little chance as it looped over the top of her into the net for 1-1. 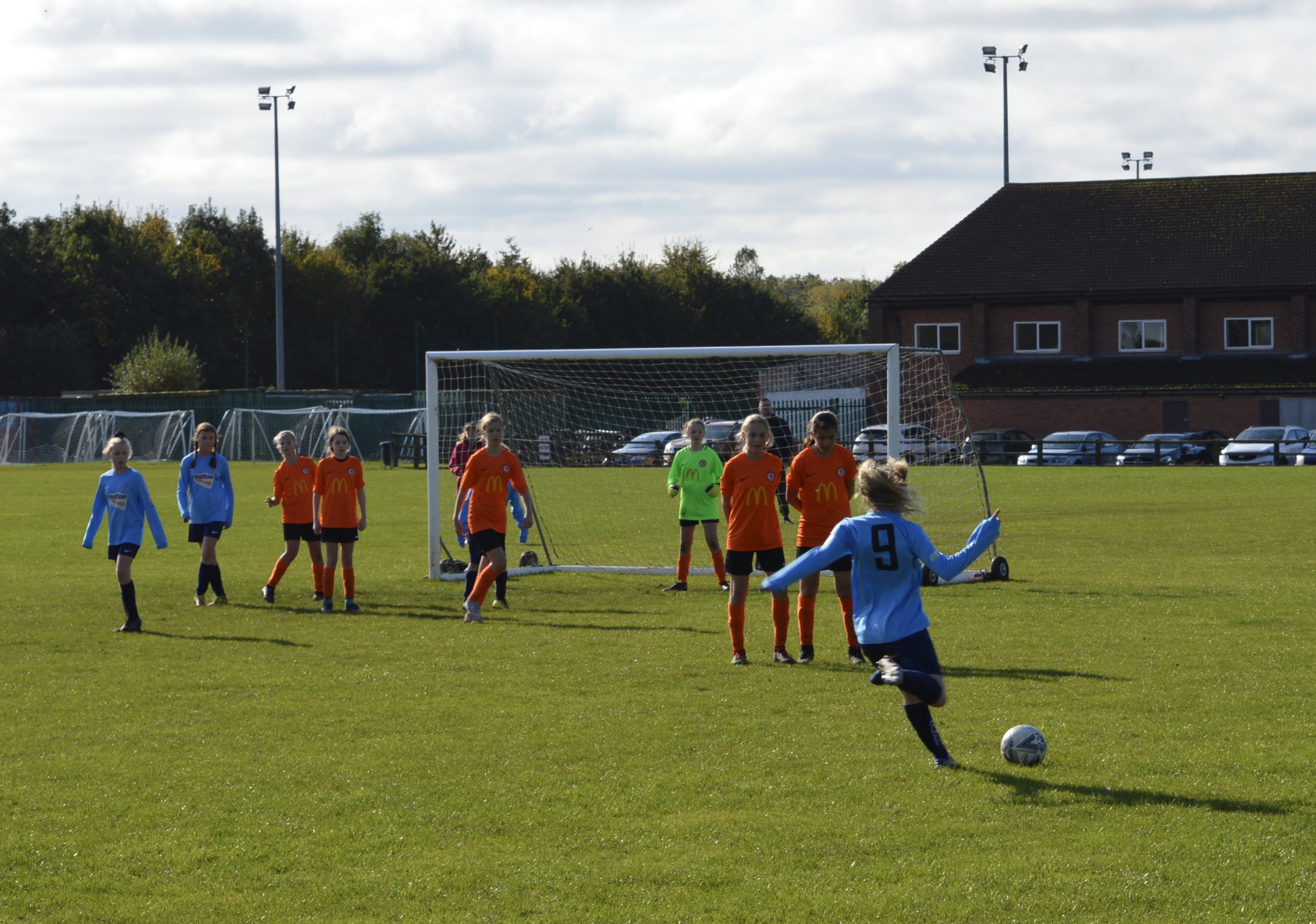 The rest of the half was mostly played out in Asfordby’s half with Rugby squandering more chances that were going wide or hitting the posts and crossbar. 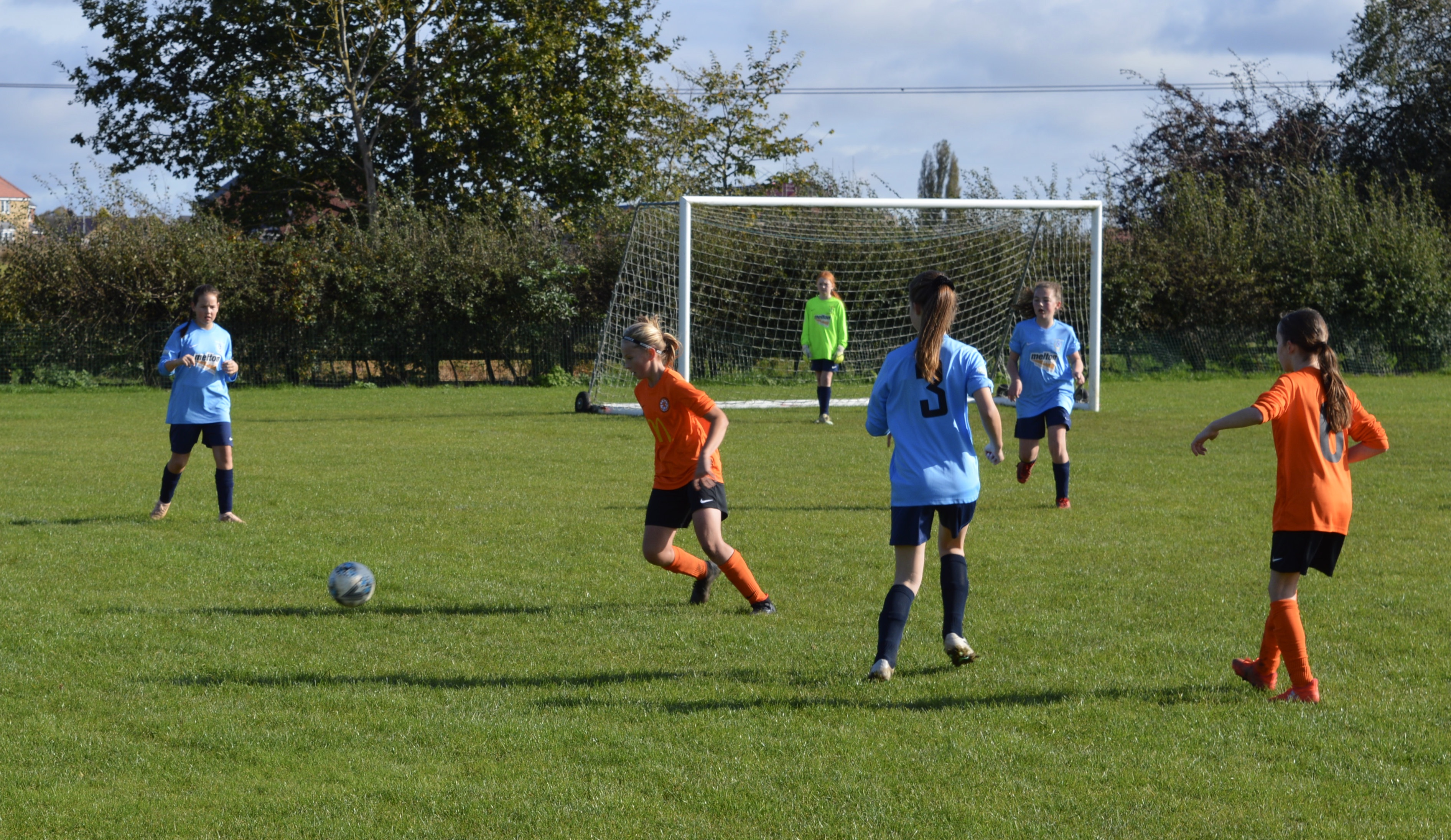 It was clear that our set up wasn’t working in the way we had hoped it would so we reverted back to our best positions bar a couple and set about the game in a ferocious manner attacking down the slope and with the breeze. The team settled early and looked considerably more at ease.

Melissa was having a storming game this week and was flying down the wing causing all sorts of problems for the Asfordby’s midfield and defence with her pace and skills, taking on 3 or 4 players at a time, turning them inside out but supported well too by the Borough girls when needed. 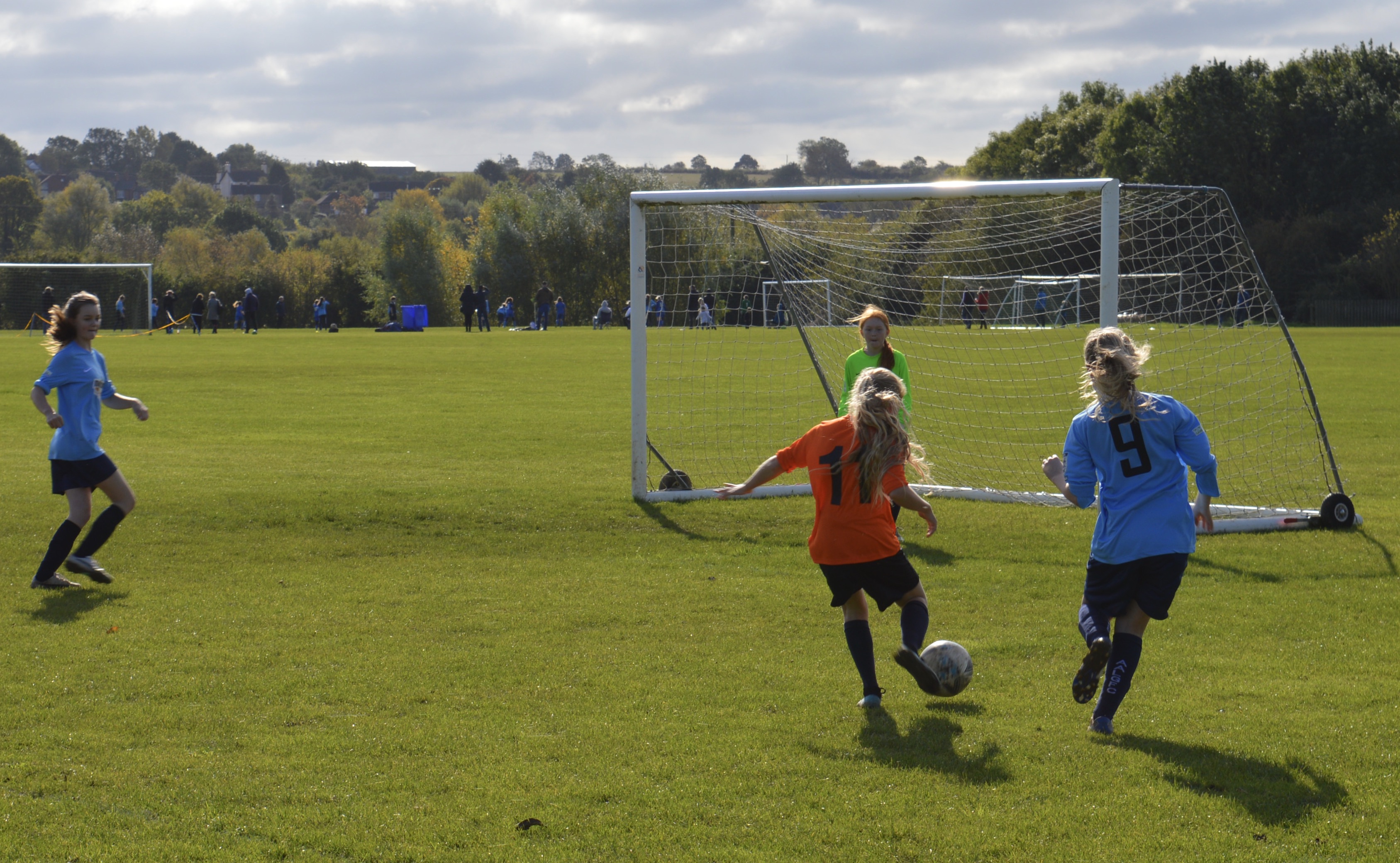 Melissa scored straight after kick off with a superb solo effort down the right hand side for Rugby to go 2-1 up. 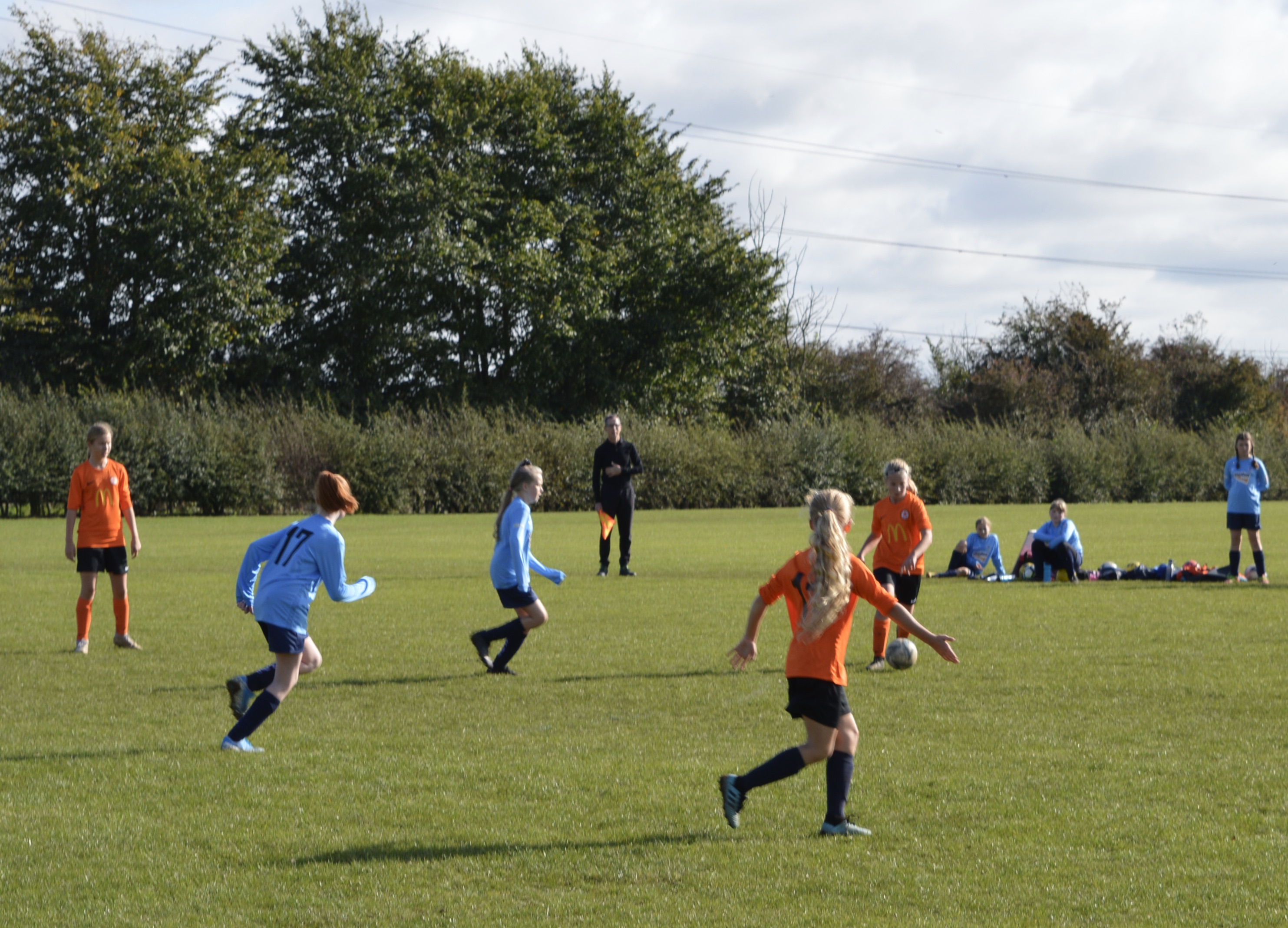 This was the start the girls needed and they visibly looked to have shifted up another gear. Holly & Madi were working hard on the wings, Jasmine scored 2 minutes later with a sweet strike from that deadly left foot, picking the ball up & in her own half, going past players and unleashing an unstoppable strike.

They had now upped the tempo of the game and 5 minutes later Rugby won another corner as they piled on the pressure and Madi stood firm under a challenge and headed home with a bullet header which was never going anywhere else other than the back of the net, great reward for some hard work down the left side. 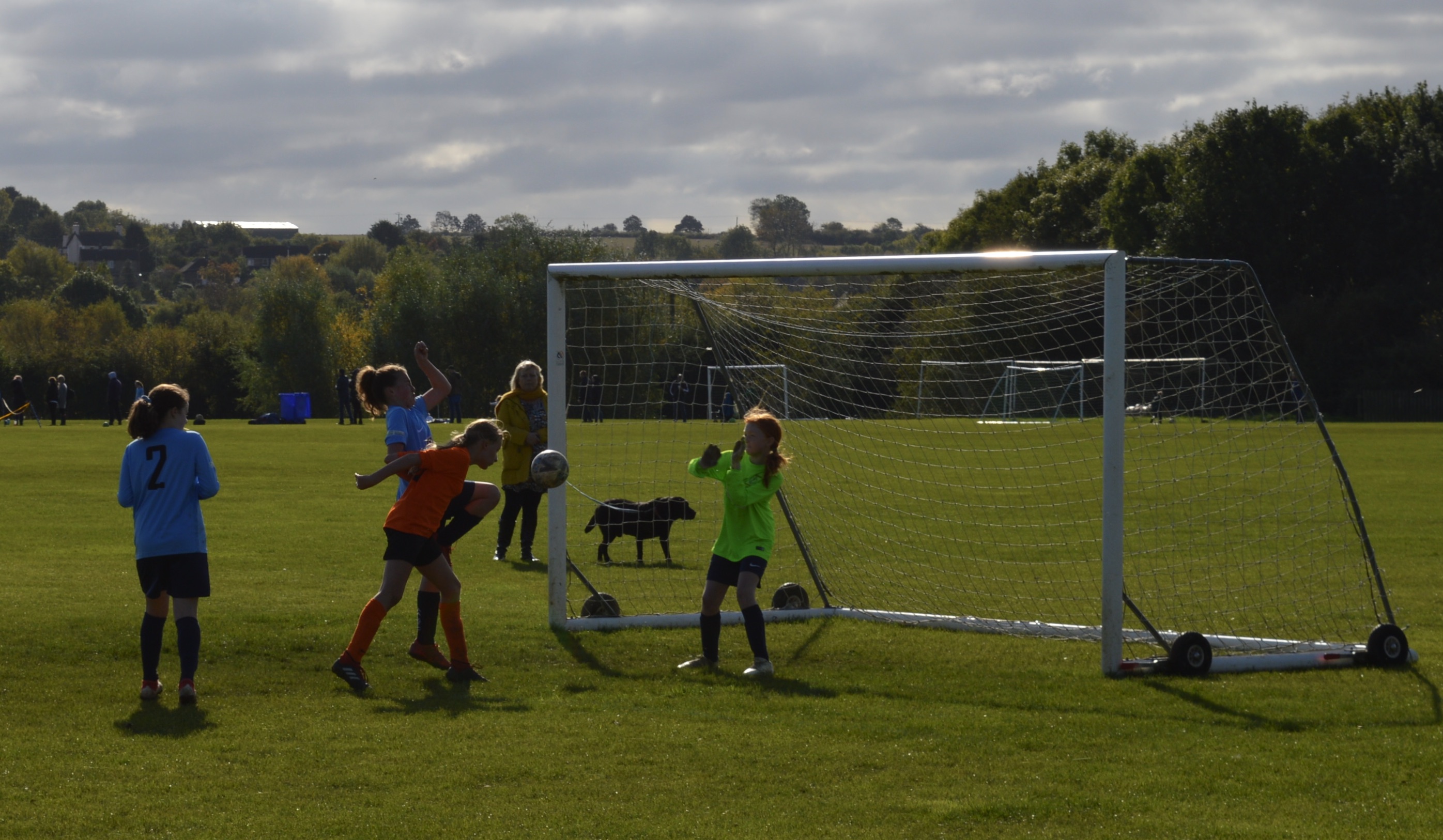 Even at 4-1 up, it was pleasing to see Rugby not sit back, they were hungry for more and continued to close down play when out of possession, hardworking Marley was winning the ball at the back & running with it constantly into Asfordby’s half, as was Jasmine who again looked superb in the sweeper role. A recovering Katie battled hard with Isabella too winning challenges and playing the ball forward. Erin was rarely troubled but always on hand when needed, some great kicking this week. 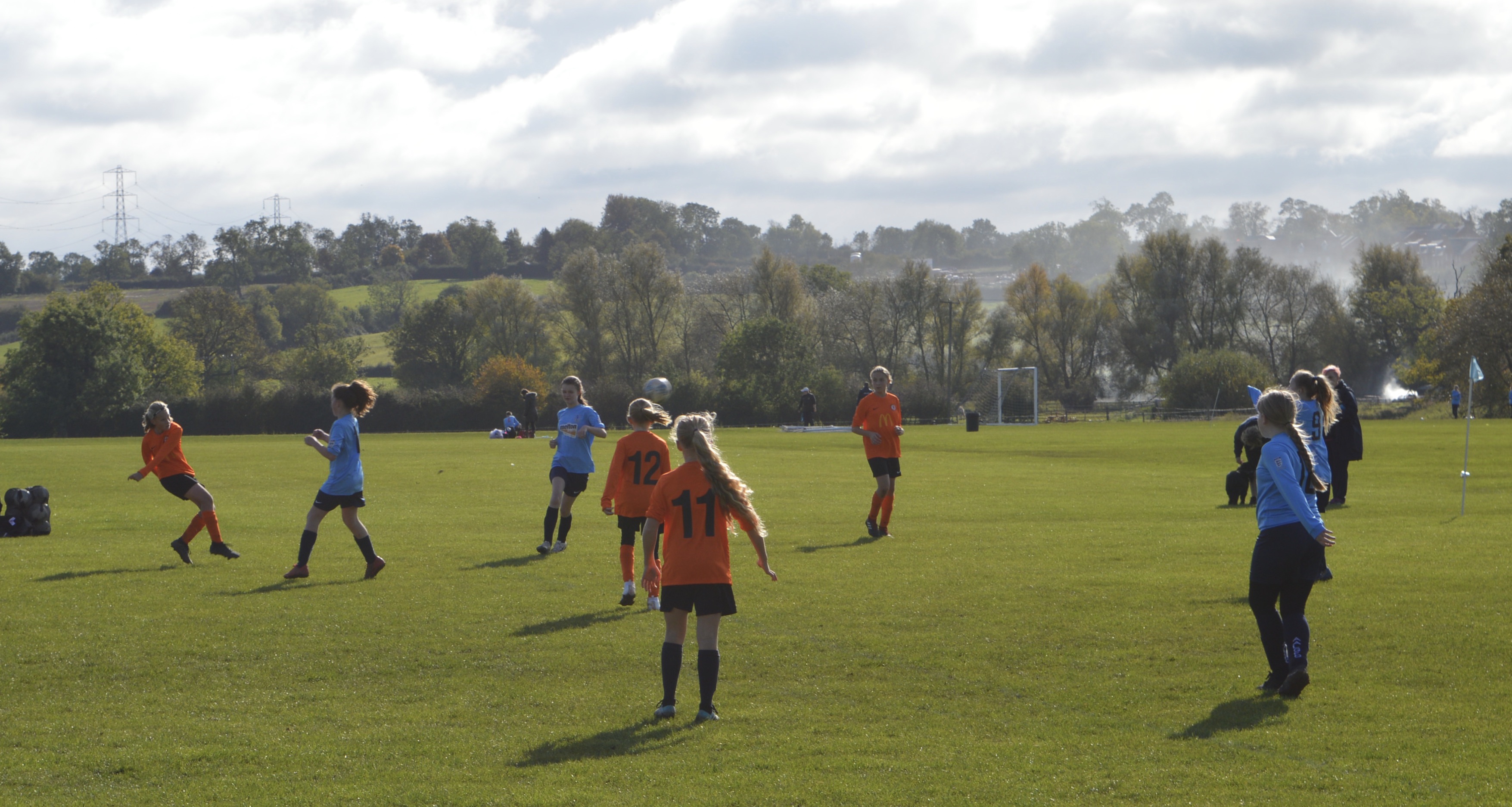 Another attack down the right side and Lila unleashed a first time hit from a cross from Melissa which made it 5-1, another reward for some hard work in the middle of the park after rattling the crossbar earlier. Ella was continuing to work hard, making some great through passes and took home the parents player trophy in recognition of her hard work today. 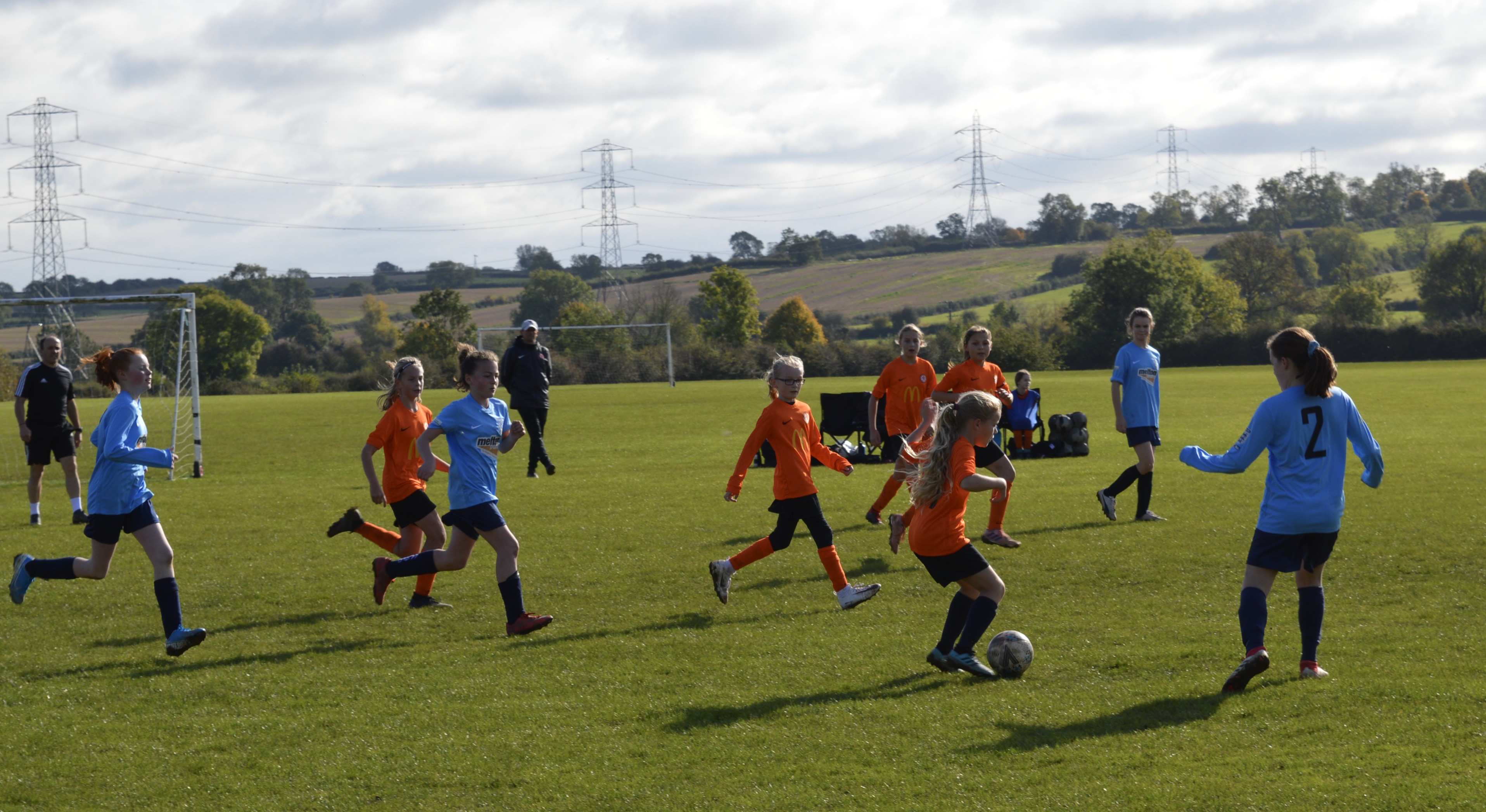 Rugby sensed more goals in this game and continued to work, Melissa ran through with a couple of defenders either side of her, sandwiched close to goal the defender tried to clear it but only steered it into her own goal for 6-1. 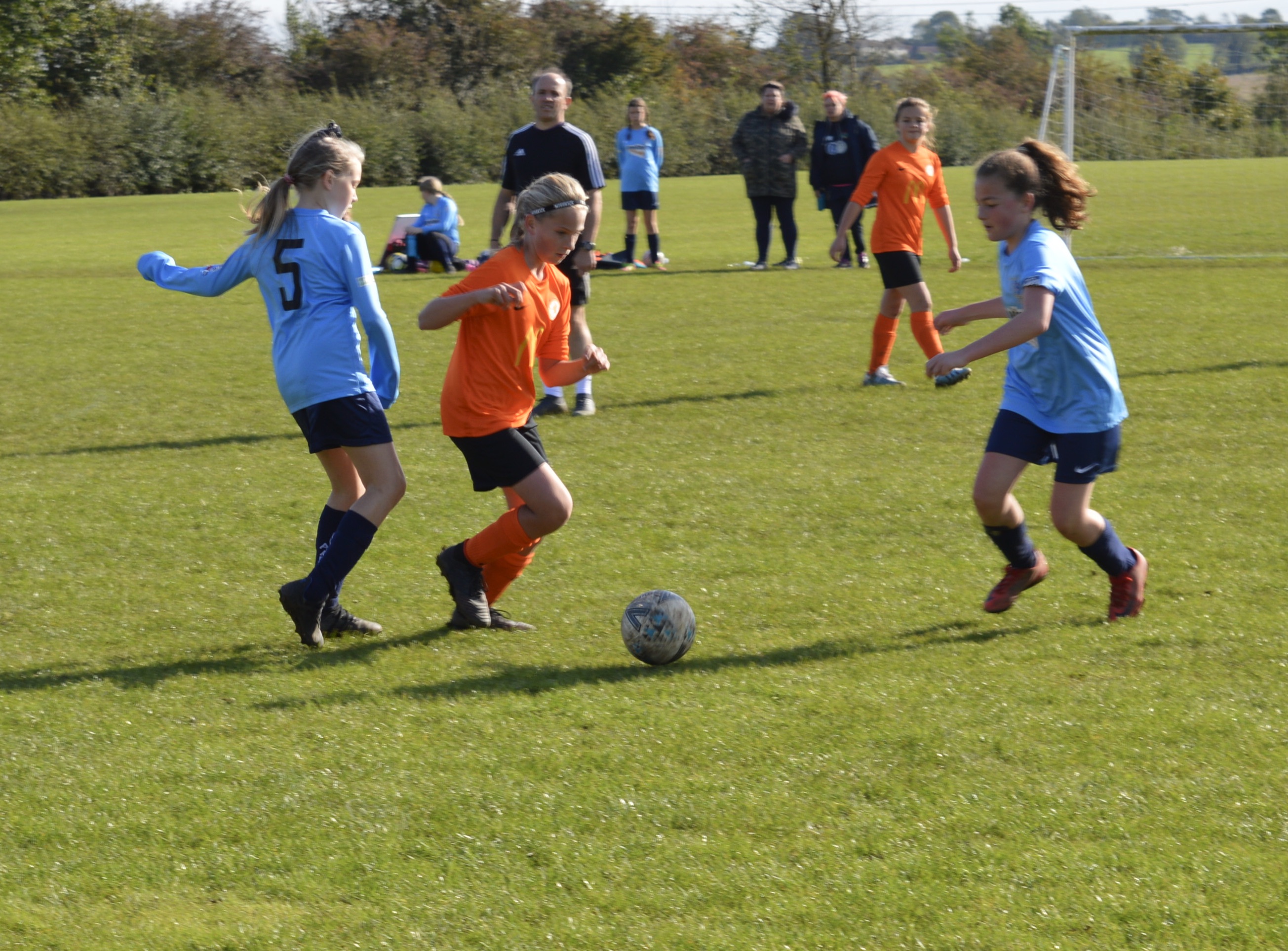 Maya topped off an excellent game in midfield with an unstoppable shot scoring her 2nd of the game making it 7-1 & a deserved coaches player of the match award for some great ball winning and distribution plus the added bonus of 2 goals, the first of many hopefully. 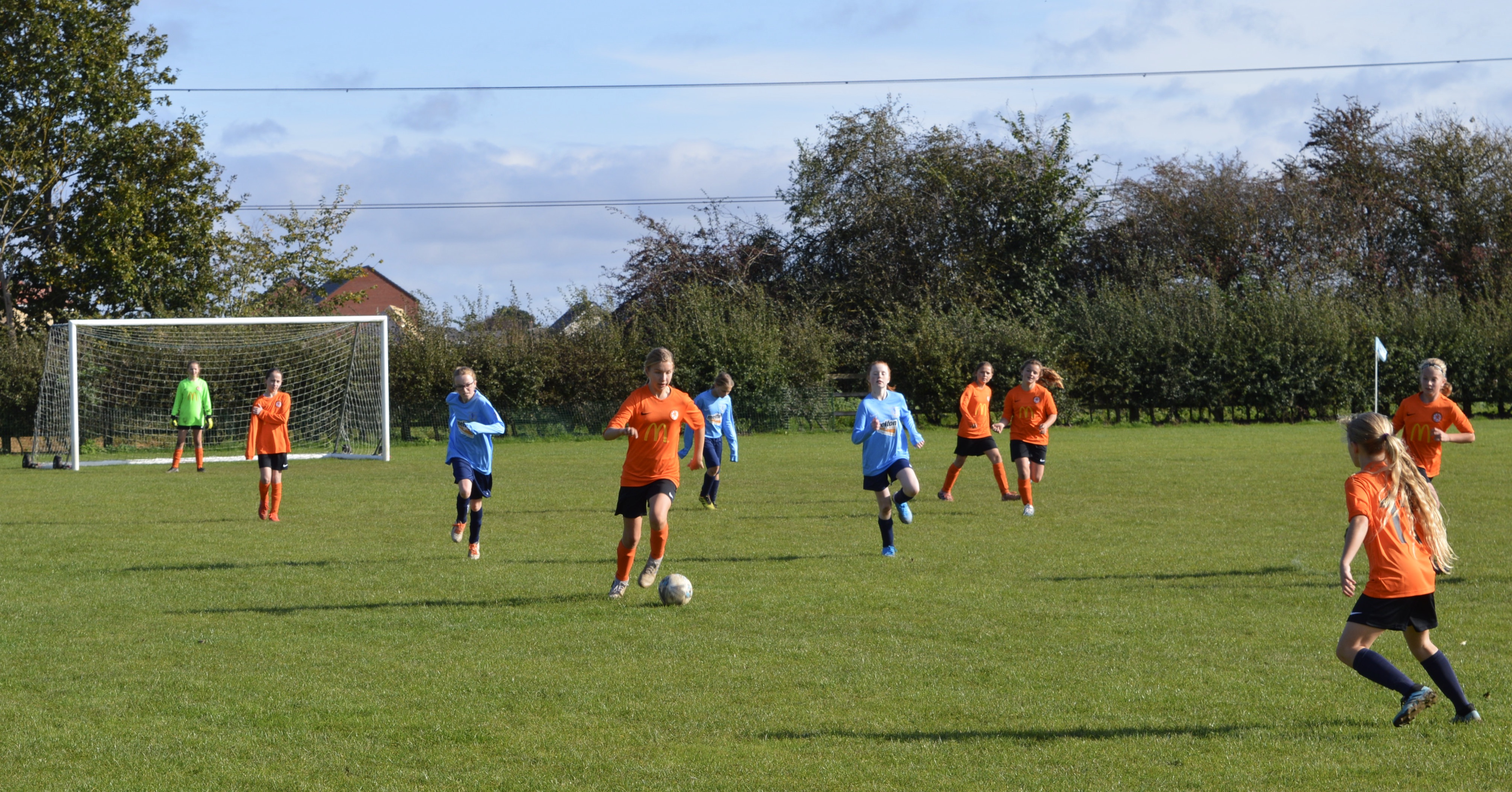 Jasmine made it 8-1 with 3 mins to go, again with that cracking left foot from sweeper position where she reads the game so well, best position to date, covers well and still able to get forward at will.

A perfect end to a great team performance this week, a dominant display by the Rugby Borough girls again and continuing to look better week on week with some lovely passing moves and individual skill, a huge amount of enthusiasm throughout the game and lots of effort and hard work off the ball too. Rugby could have been in double figures this week if they had taken all of their chances but a great dominant performance in this tough girls league. Well done girls.

The return fixture is this weekend so it will be really interesting to see if Asfordby change things for the game now they’ve had time to reflect on it. We certainly will & work on some things in training.