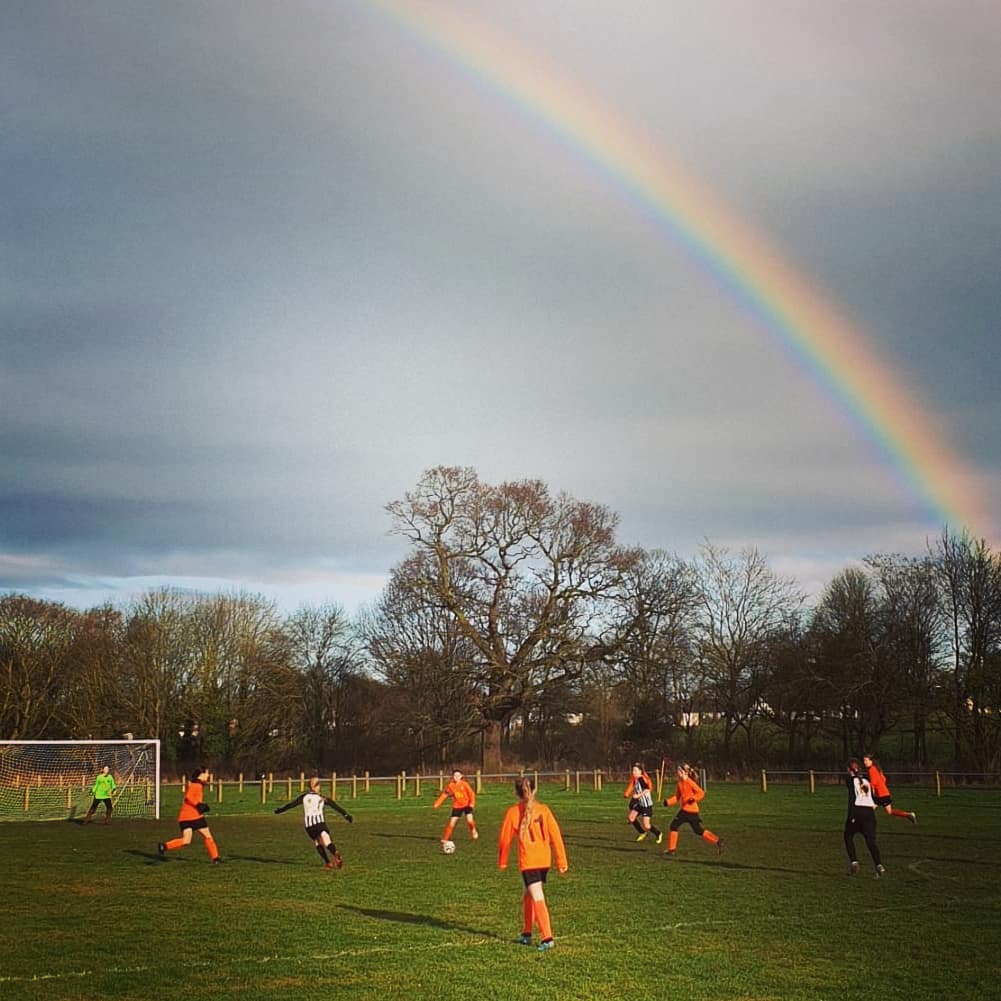 It is usually, more often than not, a great game of football between these 2 really good teams, our last game ended in a big defeat at home which we’ve filed away as a blip due to illnesses etc. This one was back to business as normal and the girls were keen to make up some ground on the league leaders who are deservedly top so far this season.

After a bit of confusion and a last minute change of venue due to Allexton’s facility closing down the pitches just before kick off, a couple of miles drive in convoy to a different venue and we found a pitch that was playable.

The game kicked off and as with most games between these two, both set out at trying to get the upper hand immediately with nice passing, good movement and tough tackling. Both teams had some half chances. Lila and Ella came on for Millie and Madi after 20 mins, both deserved a breather and had put in some sterling work up front and midfield, working their socks off.

All the girls knew they were in a game this week, the defence of Katie, Maya and Marley were working very hard, eliminating any real threats on goal and Erin was calmly collecting any through balls. Melissa was running riot down her favoured right wing position, putting in some great crosses. Ella was making a nuisance of herself harassing their defence, closing down quickly and running on goal. Borough were pushing with a couple of strikes from Jasmine as she was finding her range, then, a superb strike from her gave Borough the lead in a closely fought first half which Borough edged slightly.

Allexton turned the table in the second half & equalised. Borough were tiring, although still making chances. They were struggling a little to get the ball under control, soaking up lots of pressure. Lila, Holly, Jasmine and Melissa worked extremely hard in midfield but found it tough at times to get the ball from a slick passing Allexton midfield, who were throwing numbers up now, going for the win.

Erin made a great save to keep things even and better finishing would have been our undoing towards the final whistle as they squandered 2 excellent chances to win the game by putting them wide. The girls were relieved to hear the final whistle and I think if we’re being honest with ourselves we probably should have come away with the loss and need to work a little harder in some areas which we’ll do back in training on Friday but overall the whole team worked very hard & ran themselves into the ground this week, a very pleasing performance after our last meeting.

Well done girls, a pulsating game to watch between 2 very good girls teams. Thank you supporters, apologies for all the hassle before the game and thank you to Millies dad, Mark for running the line.